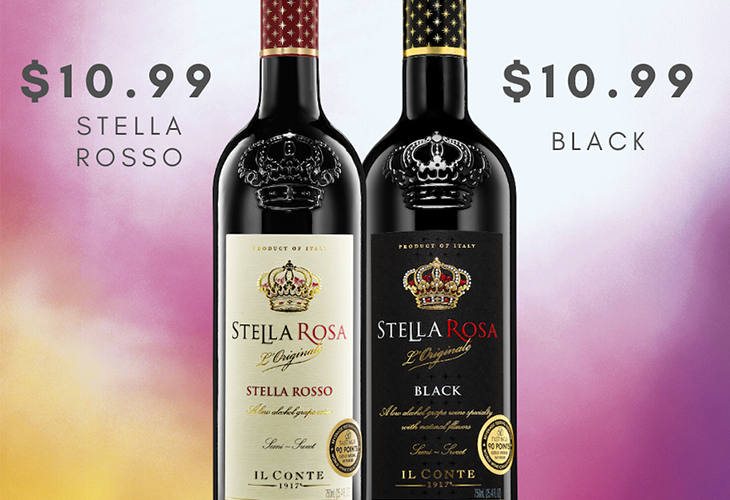 It all started in 1917, when the Riboli family founded Los Angeles’ historic San Antonio Winery. Back then, Los Angeles was the prime location for wine growing in all of California. For some time, the wine industry reigned as one of Southern California’s most economically significant and popular industries of that time.

After surviving Prohibition and about a century later, the Riboli family has continued its artisan winemaking tradition through four generations.

From within the tasting rooms of San Antonio Winery, customers repeatedly requested a sweeter, light, refreshing wine. The Riboli family took this unique opportunity to create a new semi-sweet, semi-sparkling wine style, which today, they are a leader of. And so, Stella Rosa was born.

To create the Stella Rosa wines, the family chose the region of Asti, a province in Piedmont, Italy, as the source for its aromatic grapes, which have become the hallmark for the Stella Rosa style of wines.

The area of Asti has particular significance to the Riboli family, as it is the birthplace of the family matriarch, Maddalena Riboli.

The first Stella Rosa wine was Moscato D’Asti, which has become a flagship of this line.
Soon after, Stella Rosa Rosso was created – the brand’s first semi-sweet, semi-sparkling red wine blend, and first wine of its kind to be brought to America from Asti. The rapid phenomenal successes of these two wines began the lineage of the L’Originale and Imperiale lines of Stella Rosa, which now boasts 16 distinctive flavors.